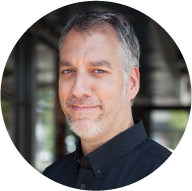 As a grizzled veteran of multitudes of bars and restaurants, Tony has worked every front of house position that exists. From host to food runner to bartender to GM, his strength lies in customer service and relations, as well as an ability to train and retain quality employees that can consistently impart the vibe and philosophies crucial to our success.

Tony started his restaurant career in 1990 while attending Michigan State University. From what began as a personal challenge to overcome his public shyness, Tony has developed into a skilled, crafty and well-respected restaurant manager. Because he has worked extensively in each and every role that there is in the service side of the industry, Tony has a unique and grounded sense of what makes for a successful dining experience as well as the ability to create an environment where employees have a natural desire to provide exceptional service and hospitality.

Since moving to Colorado in 1992, Tony has learned and perfected his skills in some of the most well- known and respected restaurants and bars in central Denver. From bartending and server positions at places such as Trinity Grille, Mel’s, and Rioja, to management positions at Panzano, Brix, and most recently as the opening general manager of Euclid Hall, there is little in the local scene that Tony has not directly participated in. One of Tony’s greatest strengths is applying the knowledge and experience he obtained in the fine-dining sector to a more casual, high-volume, down-to-earth environment.

If you met Dana Rodriguez on the street, you’d never know that she grew up on a farm without any running water or electricity, or that she helped her mother grind corn down to masa to make tortillas almost every day at mealtime in her native city, Chihuahua. Indeed, Dana has made quite a journey.

After vacationing and visiting family in Colorado twenty years ago, Dana decided to stay in the state and applied for a job at Panzano, an upscale Italian restaurant in the Hotel Monaco. It was there she met Jennifer Jasinski, the chef who took Dana under her wing, focused on her strong work ethic and intelligence, and helped to develop Dana into the talented chef she is today. From dishwasher to prep cook, through pasta making and the bakeshop, and finally as a sous chef at Panzano, Dana worked her way through the ranks learning from Jasinski and others the skills necessary to excel at each job and how to manage staff. Dana continued working with Jasinski and her partner, Beth Gruitch, for many years, going on to become a sous chef at Rioja and Chef de Cuisine at Bistro Vendome. It was in these roles that Dana learned what it was to truly run a kitchen.

In late 2012, Dana’s path crossed with Tony again (Tony and Dana had been friends for nearly fifteen years, since the days of Panzano), who offered her the Executive Chef role and a piece of equity in what was to become Work & Class. In both 2015 and 2016, Dana received nominations in the Best Chef Southwest category by the James Beard Foundation for her work at Work & Class.